Gelato vs Ice Cream vs Sorbetto: What’s the Big Difference?

Choosing between our favourite treats can be a hard decision. Especially since at the Perfect Scoop you can get all three. And the countless flavour possibilities are there to satisfy any craving. So what is the difference between gelato vs Ice Cream vs Sorbetto? Which one tastes better? Take a read and you decide.

How is Gelato Different from Ice Cream?

There are three main elements that differentiate ice cream from gelato. These relate to how much fat and air is incorporated and the serving temperature. The process of making gelato results is a denser dessert than ice cream.

Ice cream, as implied by its name, is higher in fat content with about 25-30% fat by volume compared to gelato. It’s by the fact that it is mostly cream. In terms of texture, ice cream is thin and melts faster than gelato which is a denser. This is because the process of making ice cream whips more air into the mixture. This is aided high cream content.

Ice cream is served at -220 C and is served directly from a freezer so as to prevent melting.

Gelato is much lower in fat content at 4-8%. The main ingredient in gelato is milk whether dairy or non-dairy milk. Unlike ice cream, gelato is much denser and served at a warmer temperature at -120C. Gelato does not carry any fillers and when made as artisan gelato made as done by Perfect Scoop is often gluten-free.

What’s the Difference between Gelato and Sorbetto?

Sorbetto is also called sorbet. Unlike like gelato, sorbetto is always a dairy and egg free frozen treat. It is, therefore, the lowest fat content of the three treats. Sorbetto is made with sweetened juice, fruit puree, or water and it is denser than gelato. It includes sugar and flavourings. The process is similar to making ice cream in that it is churned and has a similar texture. It is kept at a cooler temperature than gelato to keep its consistency and flavour.

So, which is better? Gelato vs Ice Cream vs Sorbetto

Some persons worry about which treat is the healthiest. Does it matter? They are all delicious. Satisfy your sweet tooth with anyone of our delectable treats. Tell us in the comments which one is your favourite and why.

The Perfect Scoop
https://perfectscoop.ca/
The Perfect Scoop serves up delicious, handmade gelato and ice cream. Located in Port Perry, ON, you can drop in for a tasty treat, or order a gelato cake for a party. Book our gelato cart for your wedding and events. We can't wait to serve you one of our delectable treats - if it's not fresh, it's not perfect.
Previous Post Uxbridge Location Merges with Port Perry Next Post 8 Reasons Why You Should Hire a Gelato Cart for your Wedding 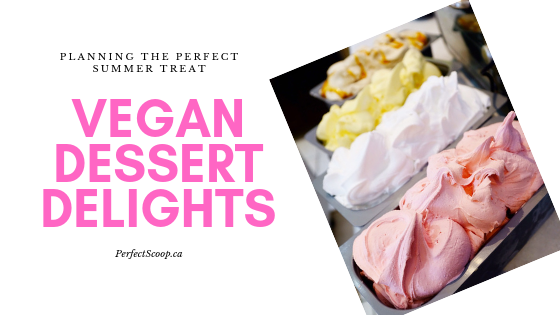 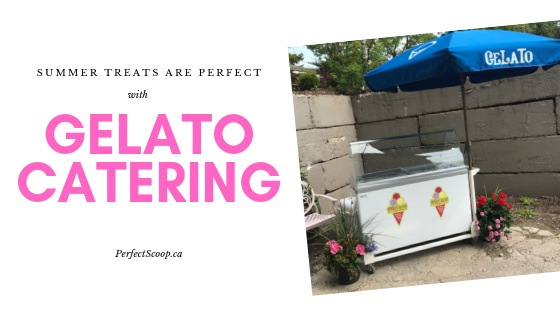 Summer Treats are Perfect with Gelato Catering for Your Events